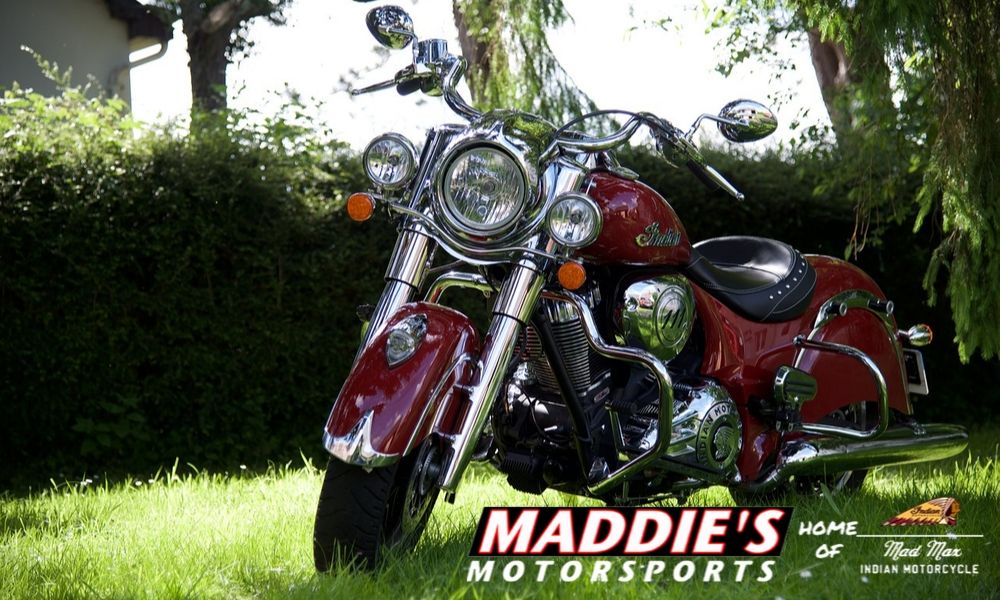 Motorcycle and power sports enthusiasts in the Western New York area frequent Maddie's Motorsports for all of their outdoor motor entertainment and practical needs.

Here they can purchase new and used motorcycles, ATVs, UTVs, trailers, snowmobiles, and go-karts. The dealership also offers a certified service department, and it boasts familiar brand names such as Indian motorcycle, Ski-Doo, Polaris, KTM, Husqvarna, and many more.

Maddie's is a relatively new business that has grown slowly over the past decade once evolving from a prior lawn and garden business. After they relocated to their new location in October of 2012, they began to expand quickly, experiencing a large surge in business with the addition of motorcycles.

Maddie's Motorsports has the charm and personality of a locally-owned business with a professional attitude toward service. They offer their customers a great variety of vehicles to fuel their power sports adrenaline urges.

Maddie's Motorsports is a power sports dealer in Dansville, New York. The company is family-owned by husband-and-wife team Graham and Mary Marcus.

The couple considers themselves avid motorsports enthusiasts who take pride in understanding their clients' needs and providing great customer service. They offer motorsports sales, parts, and service, including tune-ups, preventive maintenance, and repairs.

Graham and Mary attribute most of their success in the region to keeping a locally-owned and small town feeling to the dealership. They want customers to feel comfortable making potentially long treks to Upstate New York looking for good deals and great service.

Graham and Mary each grew up working in family businesses. Graham's family owns a wholesale tree farm. Maddie helped manage a family restaurant with her father until his retirement.

Graham began working on his family's farm after he graduated from college and later became the manager. The business began growing and evolving over time, particularly after the addition of Cub Cadet lawn and garden equipment.

As the sales of Cub Cadet garden equipment began to rise, the family eventually cut out the plants and garden supplies entirely.

In 2008, the farm added snowmobiles, Polaris ATVs, and side-by-sides to their inventory, and they later added Victory Motorcycles in 2010. It quickly became clear that the power sports side of the business was morphing into its own entity.

Graham and Mary purchased the power sports side of the farm from Marcus's family in 2012. They renamed it Maddie's Motorsports in honor of their daughter Madeline. They then also relocated the dealership to a 16,000 square foot facility in Danville, New York.

Maddie's Motor Sports kept the Cub Cadet Brand on the lawn and garden side of the dealership, as well as Dixie Chopper and Scag Power Equipment. On the power sports side of the business, they began to carry ATVs, side-by-sides, motorcycles, and snowmobiles.

With the addition of such a variety of motorsports vehicles, Maddie's Motorsports has become a successful dealership year-round and among a wide range of enthusiasts. While the former farm business was profitable mostly only during spring and summer, Maddie's is able to sell to consumers throughout fall and winter as well.

The motorcycle brands featured at Maddie's are Polaris, Slingshot, Victory, Can-Am, KTM, and finally Indian. Once they became an official dealer for Indian motorcycles, they began proudly toting the fact that they are now home to the Mad Max Indian Motorcycle. 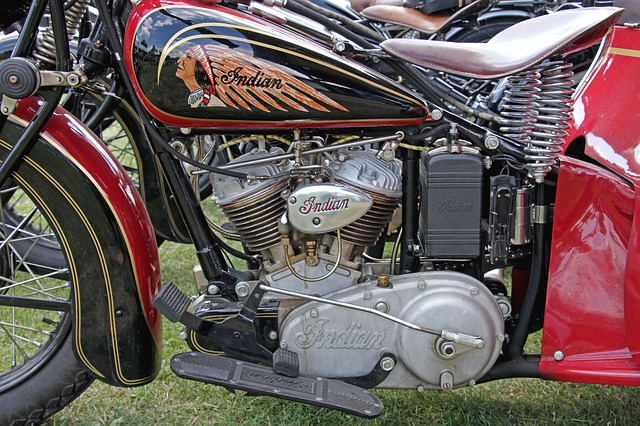 The inclusion of motorcycles has allowed Maddie's Motor Sports to attract avid motorcyclists. While bike sales account for only 8% of the deanship's sales, that portion of the business is growing by leaps and bounds. The company's current biggest percentages of sales are from ATVs and side-by-sides.

They have won several awards and honors, including a VIP Award from Polaris and a Viper Award. The service department has a gold certification for Polaris ATVs and snowmobiles, Victory, and Ranger. They also have silver certification for Slingshot. They were named a Powersports Business Power 50 dealer in 2016 for the first time.

To make room for their ever-expanding product line, Maddie's Motorsports is expanding. They have added around 8,000 square feet onto the dealership, the majority of which for the purpose of pure showroom space.

The merchandise on display in the showroom will rotate out based upon season and which vehicles are popular during certain times of the year. The showroom will allow Maddie's to not only display vehicles but also parts, accessories, and whole goods.

The company recently purchased O'Neill Sales, Inc. in Farmington, New York to use as their second location. Like Maddie's Motorsports, O'Neill was a family owned and operated local business, and Maddie's plans to keep all of O'Neill's employees.

Having two dealerships in the area will expand Maddie's presence, allowing it an even greater opportunity to become a household name among locals.

The company has also increased the number of service technicians on staff. This will allow Maddie's Motorsports to become a more well-rounded and functioning dealership. They are now better equipped to provide customers with the best possible service experience.

Maddie's Motorsports prides itself in selling toys to adults. They carry an array of name brand power sports "toys", in addition to pre-owned vehicles, parts, service, and accessories. The company has recently become an official dealer for Mad Max Indian Motorcycle.

The website (www.maddiesmotorsports.com) allows customers to shop by new inventory, used inventory, or payment. Using the search feature allows the customer to get even more specific with options like the brand name, model year, vehicle type, etc.

Users can view any current sales promotions as well as OEM (Original Equipment Manufacturer) brochures. Potential buyers can value their trade-in, schedule a test drive, secure financing thru Octane Lending, or submit a vehicle request for a specific model they have been unable to locate on their own.

Customers can contact the dealership or request a service appointment via online forms on the company's website. 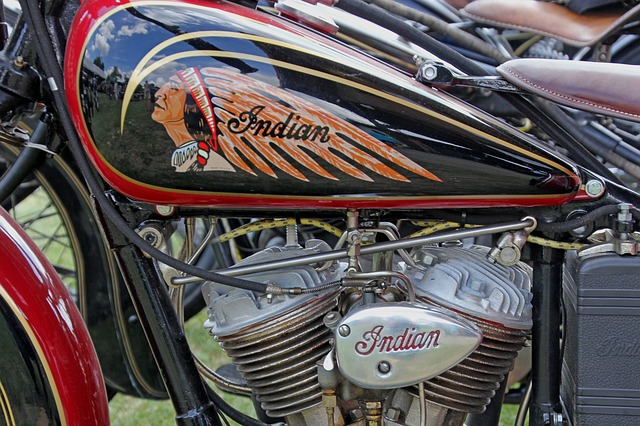 Maddie's Motorsports has cornered the market on power sports and related parts and equipment in Western New York state. Owners Graham and Mary Marcus are able to welcome and connect with their customer base through their shared enthusiasm for motorcycles and power sports.

With popular brand names like Indian, Polaris, KTM, and Ski-Doo, the company attracts customers from all over the region who not only value quality brands, but also enjoy the small town customer service vibe of the dealership.

Customers can find whatever motorsports vehicle best suits their needs for any given time of the year. There are snowmobiles for the harsh wintertime in Upstate New York, ATVs and UTVs for off-road adventures in fall and winter, and motorcycles for hitting the open road during spring and summer.

Maddie's Motorsports also provides consumers with a good selection of parts, trailers, and lawn and garden equipment. The dealership is open year-round to meet the purchase and service demands of their customers.

The dealership is also certified to perform service and repair work on many of the brands they carry in-stock. Their newly expanded showroom allows customers room to walk and browse the most popular motorsports vehicles of each season, along with parts and accessories.

It offers the variety and convenience of a showroom one might find in a big city but with a family-owned, small-town feel and genuine customer service.

Whether a customer is looking for a Mad Max Indian motorcycle, a Ski-Doo snowmobile, Go-Karts, trailers, UTVs, or ATVs, they are certain to find whatever it is they desire all under one roof at Maddie's Motorsports.