We all like to go out and have a good time, whether it's with friends or family. A quality night of entertainment that doesn't break the break is always a "win-win." Dave & Buster's offers the latest and best arcade games, great food, your favorite drinks and all the biggest sporting events on television. They offer quality entertainment for any age and preference. There is basically something for everyone here.

Dave and Buster's is an American restaurant and entertainment business headquartered in Dallas, Texas. Each location features a full restaurant, bar and a video game arcade. With over 120 locations across the United States and Canada, Dave and Buster's plans to announce more locations in the near future. 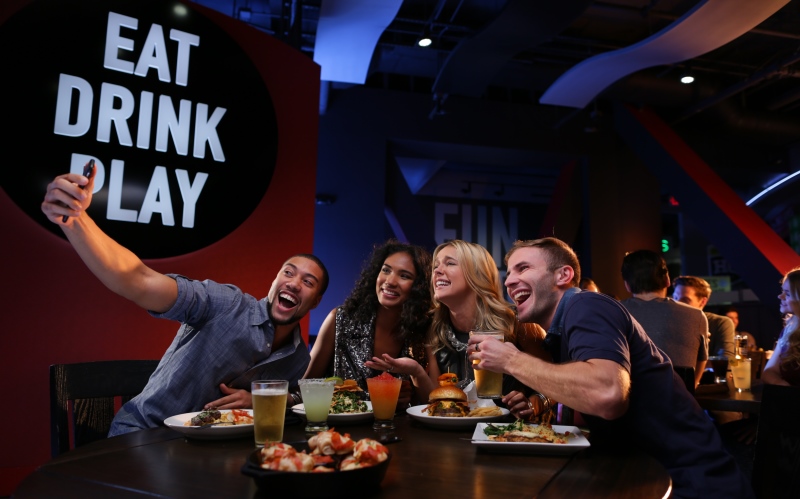 The first location was opened in 1982 by Texas entrepreneurs David Corriveau and James "Buster" Corley. In Little Rock, Arkansas, Corley had previously owned a bar named "Buster's" that was next door to a video game arcade named  "Cash McCool's", which happened to be operated by David Corriveau. The two men would join forces to become Co-CEOs of Dave & Buster's. in 1989, Edison Brothers Stores purchased a substantial share of ownership in the company to help finance expansion into other parts of the United States. In 2008 Dave & Buster's became a privately traded company and launched a second IPO in October 2014. The company shares are traded on the NASDAQ stock exchange.

"At Dave & Buster’s, our mission is to create our Guest’s first choice for frequent fun through the best combination of the latest and greatest games, ultimate sports-viewing, extraordinary food, and remarkable drinks."

"At Dave & Buster’s, we believe these four core values provide the foundation for our success: 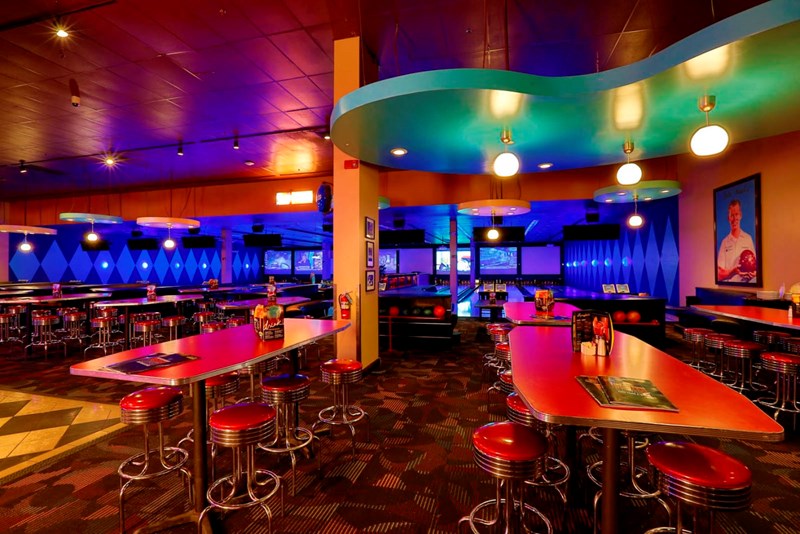 Dave & Buster's have over 120 worldwide locations in the US and Canada. In the United States alone there are locations in 38 states across the country. There is also a location outside the continental United States in Bayamón, Puerto Rico. There are stores coming soon to Louisville, Kentucky and Corpus Christi, Texas. To see the full list of locations and to find the Dave & Buster's closest to you, visit https://www.daveandbusters.com/locations">their web page.

People of all ages and backgrounds enjoy playing video games. At Dave & Buster's, you find any genre of arcade game you could ever think of. From racing, sports, fighting and flying they have it all. Instead of using coins to operate the games, the company uses a card-swiping method of operating them. This system is called the Power Card system. A Power Card is like a credit card that has prepaid funds loaded on to it. Customer use this Power Card to play these arcade games for a certain period of time. Based on their performance in these games, customers can win tickets they can redeem for prizes. Dave & Buster's is often referred to as "the 'Chucky Cheese' for adults." In addition to customer convenience, using this Power Card system eliminates the cost associated with coin-operated arcade games. Most locations offer a promotion called "1/2 priced Wednesdays" where customers can play games for half the regular price on Wednesdays.

In addition to having the latest in games and simulators, every Dave & Buster's location features a full menu restaurant and bar. Included on these menus are dishes such as pasta, steaks, burgers, chicken, seafood, and desserts. There is also a Kid's Menu available for the little ones. These dishes are offered from early lunchtime to late at night. Every D&B's bar is stocked with the latest and greatest beer and liquor selections. At some locations, services such as Sunday Brunch and buffets for private parties are available. The company currently offers the Eat & Play Combo which is a deal that features an appetizer or entrée plus a $10 Power Card for a total cost of $17.99.

Dave & Buster's features deals at their restaurant and bar during game days the NFL season as well as eat & play deals during College Basketball's March Madness tournament. Each location features multiple flat screen televisions where you can catch the nail-biting drama of every major sporting event this season. 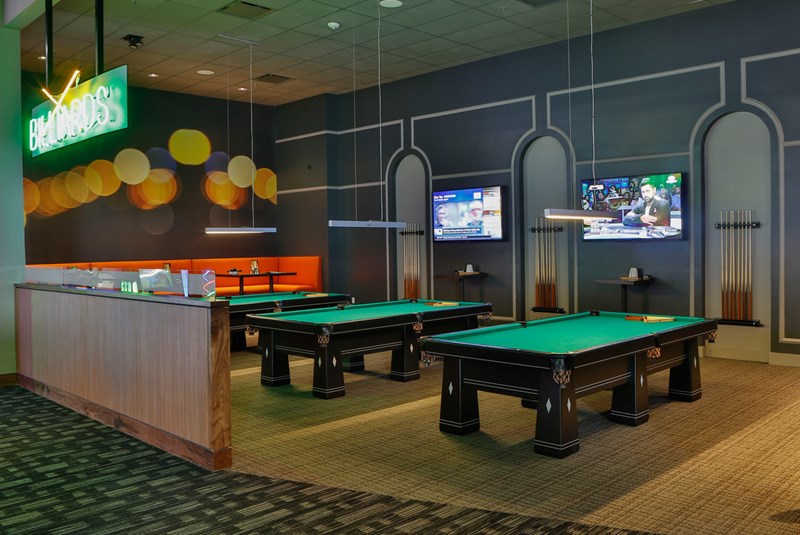 Dave & Buster's also offers services for events such as private parties, company parties, kid's birthday parties, holiday parties, and other youth events. Each event requires signing a contract and a 50% non-refundable deposit. For kid's birthday parties, the company recommends the guests bring store-bought cakes or cupcakes and requests that guest not bring ice cream or ice cream cakes. For adult parties, a buffet plus unlimited sodas and water are included in the cost. A cash bar is available. For company events, Dave & Buster's hosts Team Building events that are great for building teamwork within a company.

Dave & Buster's is a corporate sponsor of the Ultimate Fighting Championship, better known as the UFC. They offer screening rooms for every major UFC pay-per-view fight and episode of the series "Ultimate Fighter."  The company is a sponsor for Dave Bevans' Children in the fundraising event coined "D&B for DB's." Dave & Buster's also is a prior sponsor of a match in the World Wrestling Entertainment's "Raw" series on the USA Network. This was the first match at any major wrestling event that had a private corporate sponsor. The company also sponsored a tour for the rock group Bowling For Soup in 2009.

Now that we've covered all there is to know about Dave & Buster's, here is the pertinent contact information for the company's headquarters and Guest Relations services:

Dave & Buster's offers quality entertainment for all ages. From the latest and most popular arcade games and simulators to the biggest sporting events, they have it covered. Since it's humble Little Rock beginnings in 1982 to now being publicly traded on the NASDAQ stock exchange, Dave & Buster's has become the leader in its industry by sticking to the core values of customer service and employee appreciation. Growing into over 120 locations in North America and Puerto Rico, the company has also thrived by streamlining costs by adopting new technologies in their operations. We learned how the Power Card system was able to cut maintenance costs associated with out-of-date coin-operated arcade games. They also offer popular promotions that include gaming and food incentives.

Dave & Busters have also made important contributions to society by partnering with charitable foundations such as the Make-A-Wish Foundation. This foundation brings joy to children and their families that are going through unimaginable hardships. It amazing how something as simple as some free video games can brighten the life of a child with a life-threatening illness. Sometimes, it's the little things that can matter the most.